Tweet
Whatsapp
We're there: Forma 3 has been released to the association members and customers on October 30th!
Further minor versions will soon be released but let's take a glance into this milestone in the evolution of Forma Lms.
So what's new in this very important new version 3.0 of Forma?

A more modern and performing core

All the code has been updated to be compatible with more modern and performing versions of servers (PHP 7.4) and databases (MySQL 5.7), to make the most of the benefits of the most modern hosting infrastructures.

Many features have been cleaned up, optimized or even completely rewritten, and a new logic of "event management" will allow you to extend and integrate the platform even more easily.

A new feature has been introduced that allows you to create a customizable home page for your platform, which will show the most relevant information for each user. It will be organized in "blocks" to show different types of information organized in an easily composable layout:

We'll add others in future versions, or they can be easily developed with dedicated plugins for your specific needs. 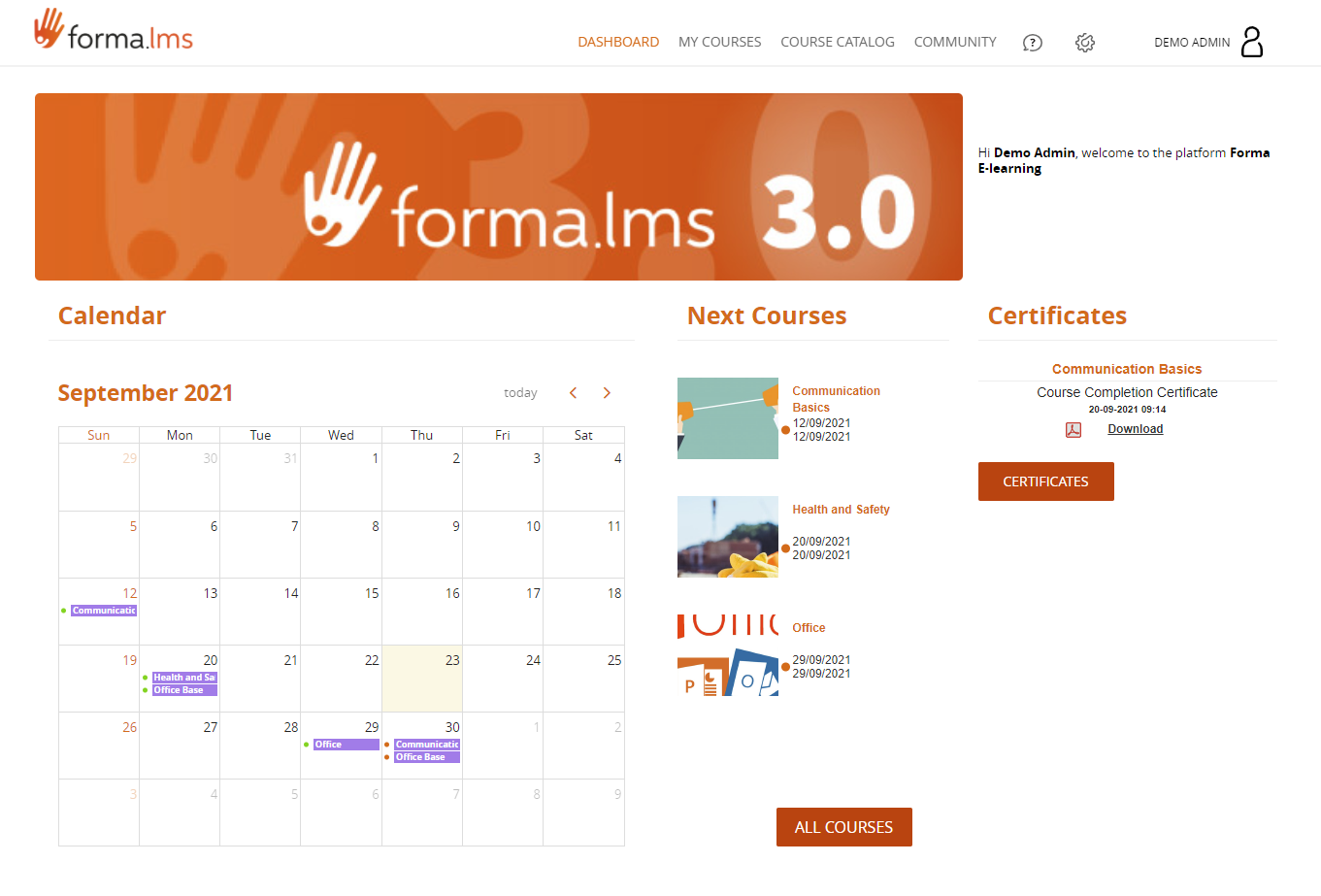 The management of training materials is the heart of every online course. In this case, it's been completely rewritten for an improved user experience, better performance, and to finally introduce some highly anticipated features: 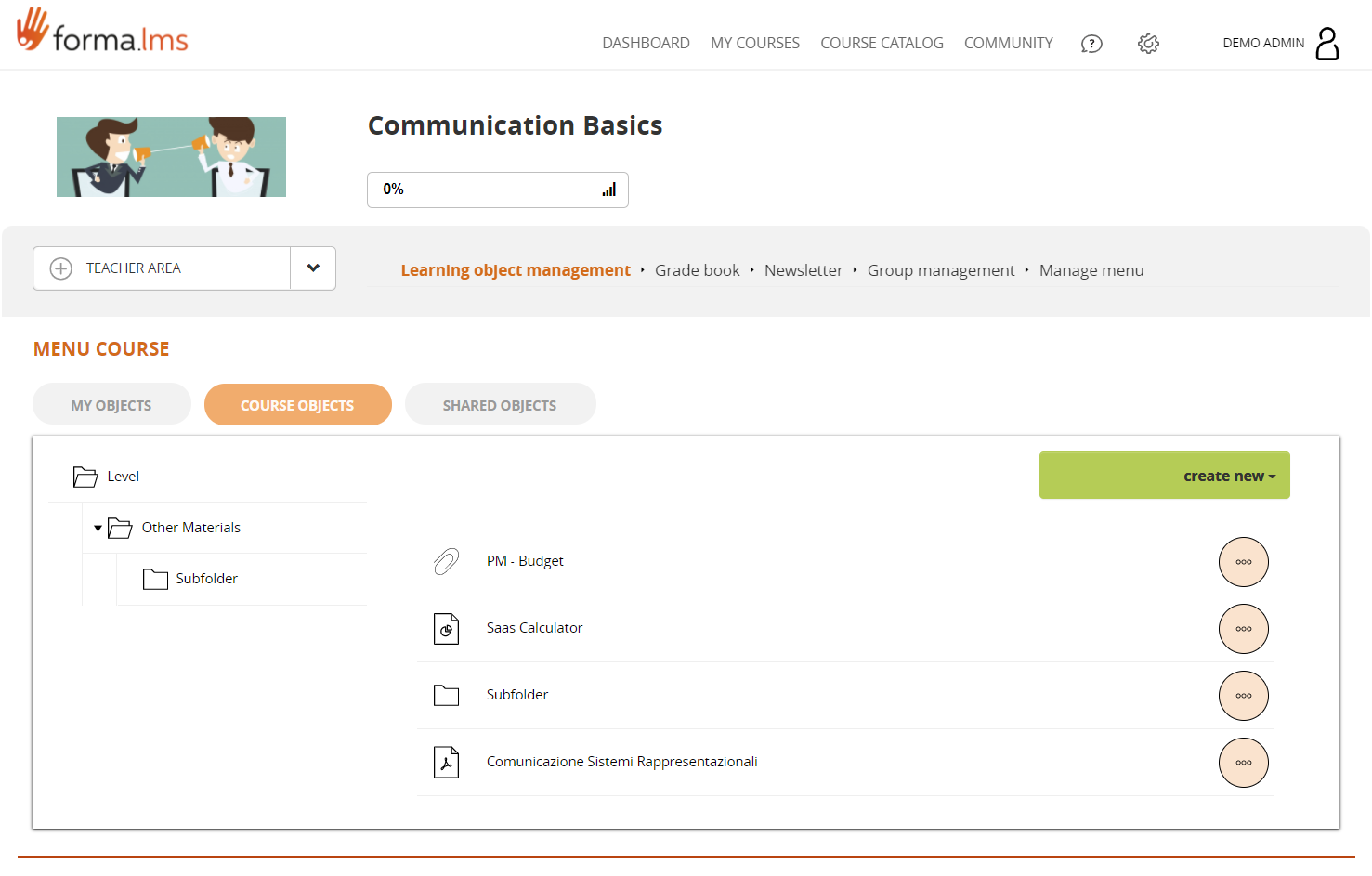 Forma 3 interface has been graphically restyled for a lighter and more modern look and feel.
The novelties, however, don't at the aesthetic aspect: even if the functionalities are apparently the same, the code of various front-end components has been completely rewritten and optimized to improve performance as well. In particular, the "My courses" and "Course catalog" pages have been rewritten, and the logic for displaying boxes as well as access and enrollment functions for courses have also been revised and improved.

In short, the whole platform will not only be better to look at, but also much more reactive and faster. 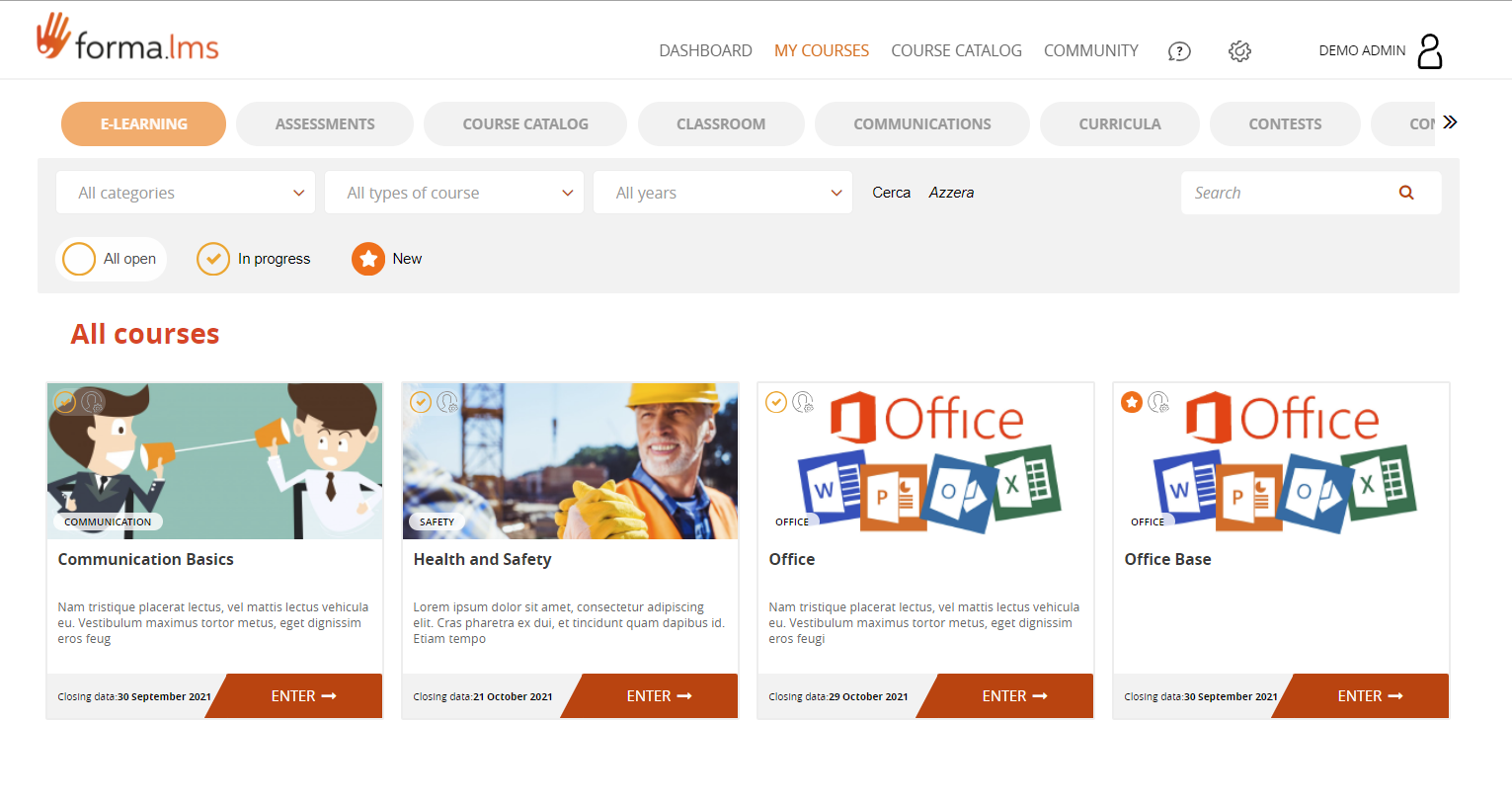 Several other features have been improved and updated, in particular: 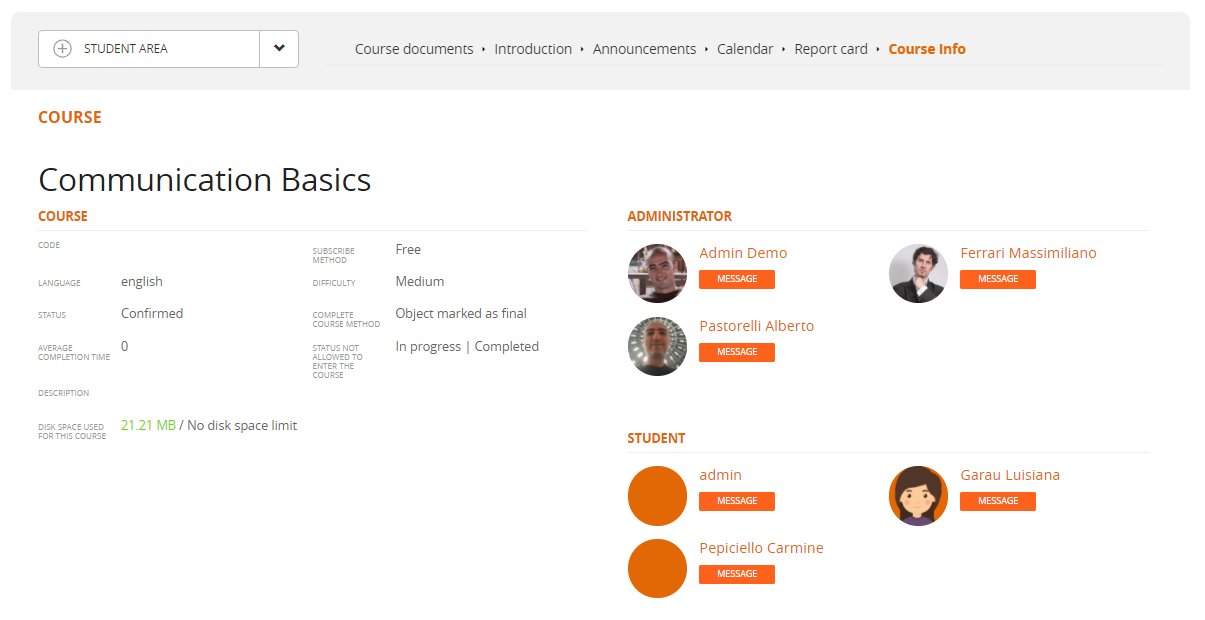 forma.lms is a registered trademark of the forma.association
Text contents of this website are available under the Creative Commons Attribution-ShareAlike License

Some of the cookies we use are essential for parts of the site to operate and have already been set. We also use Google Analytics scripts, which all use cookies.
You may delete or block all cookies from this site in your browser options.